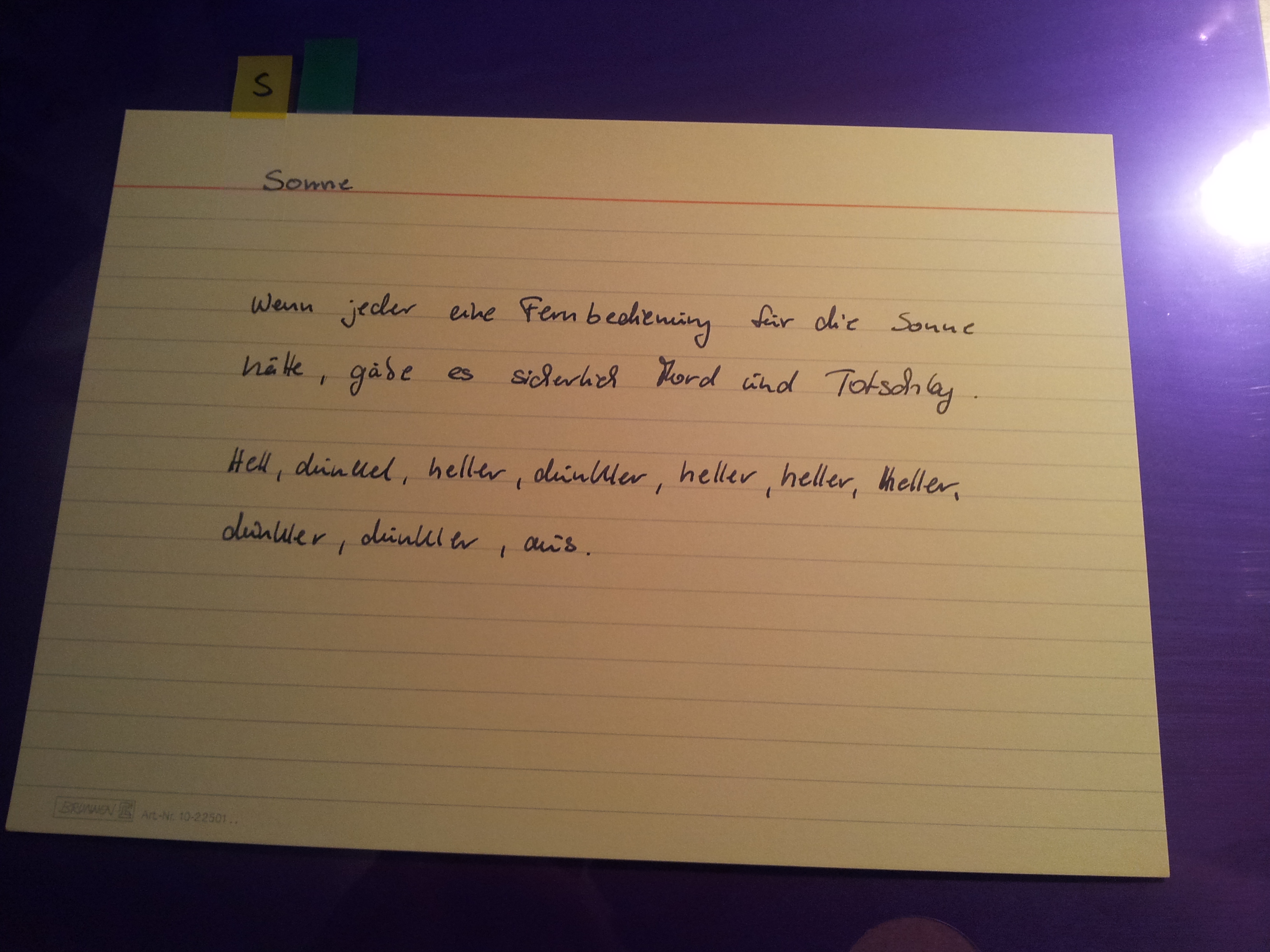 Again, the unformed story of many small fragments had some time to rest and grow in the subconscious, but there was a nagging feeling of unease. Something was lacking. And of course I do know my weaknesses and one major weakness is ‚endings‘. I had some ideas for the ending, some ideas for conflict and character, but everything still sounds hollow.

So I decided it was time for the next step: Letting the idea go a bit, sharing it with a fellow writer for critique and inspiration. This means being open for change and for ideas that might alter everything. It means also to be open for a death-blow if the idea just isn’t good enough for an audience.

A fellow sci-fi (and horror) writer E.M. Jungmann did me the favor of a brief brainstorming session. Her input filled most of the gaps and now I’m having a better feeling what kind of story it will be in the end. Not fully formed, sure, but it isn’t longer an amorphous clump of events and character.

We recorded our Google Hangout session, but unfortunately we were talking in German. But you maybe will enjoy our brainstorming anyway. 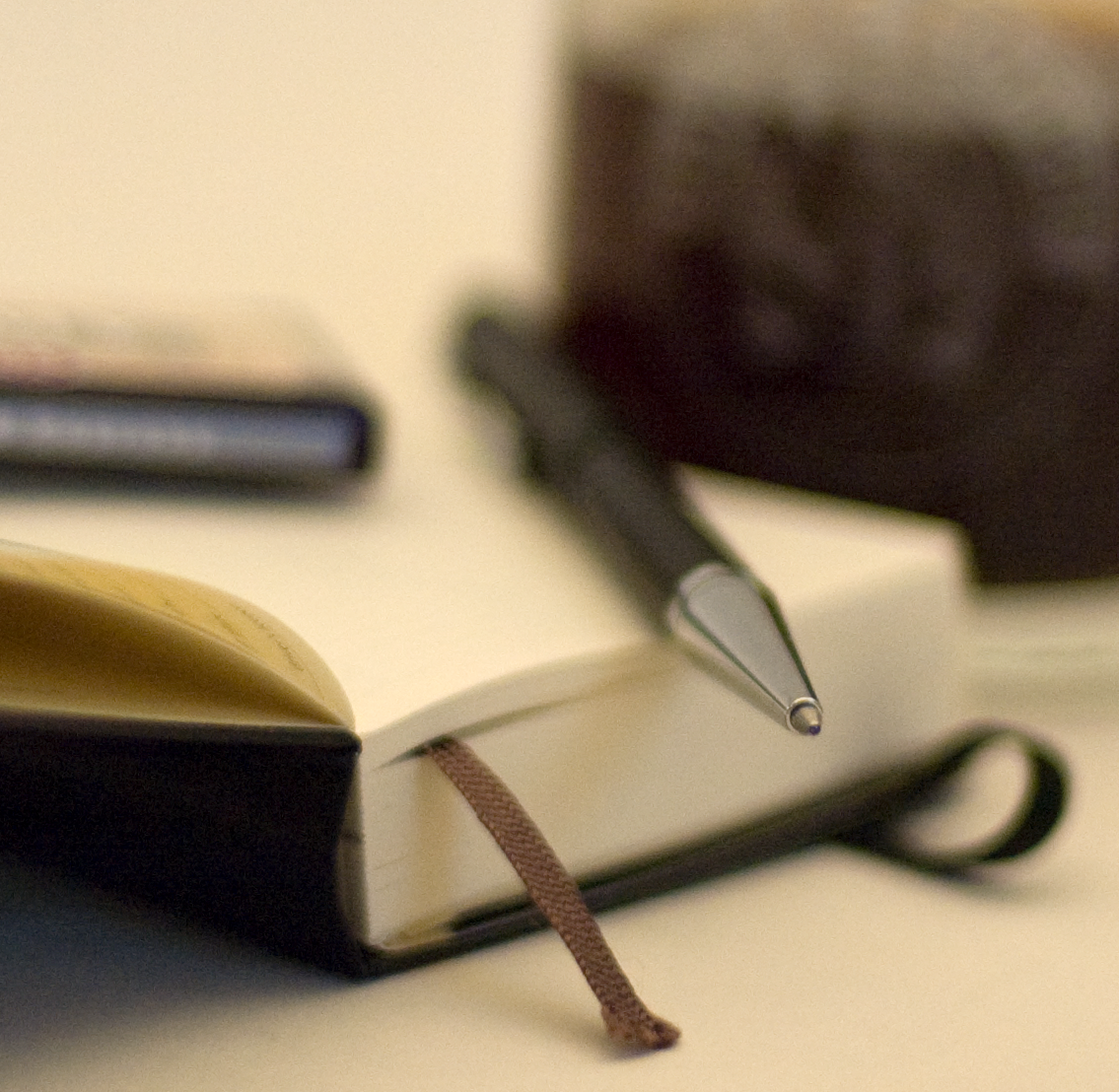 Don’t be so overly sensitive
You are saying.

Don’t bother me with your emotions
Is what you mean 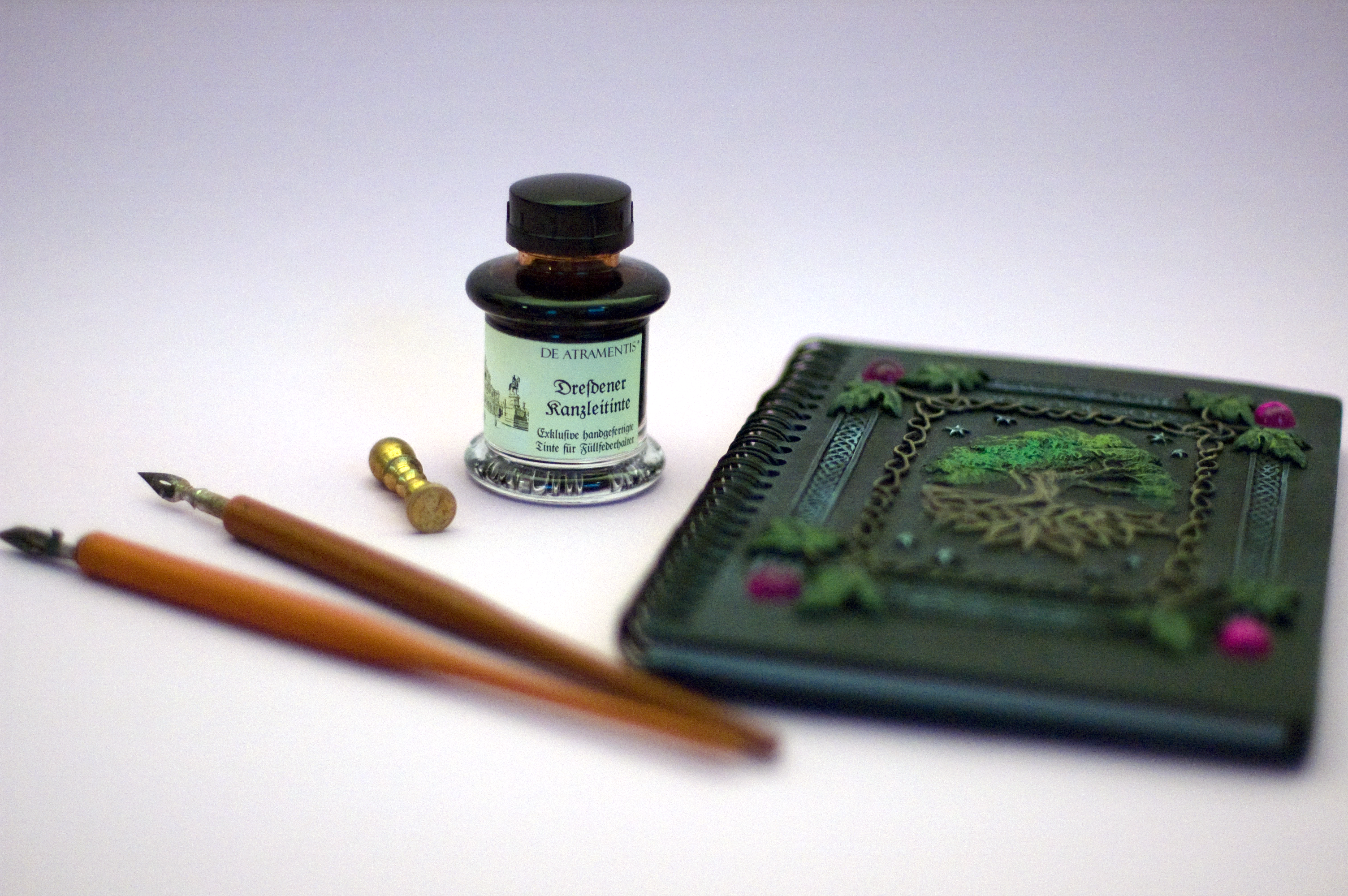 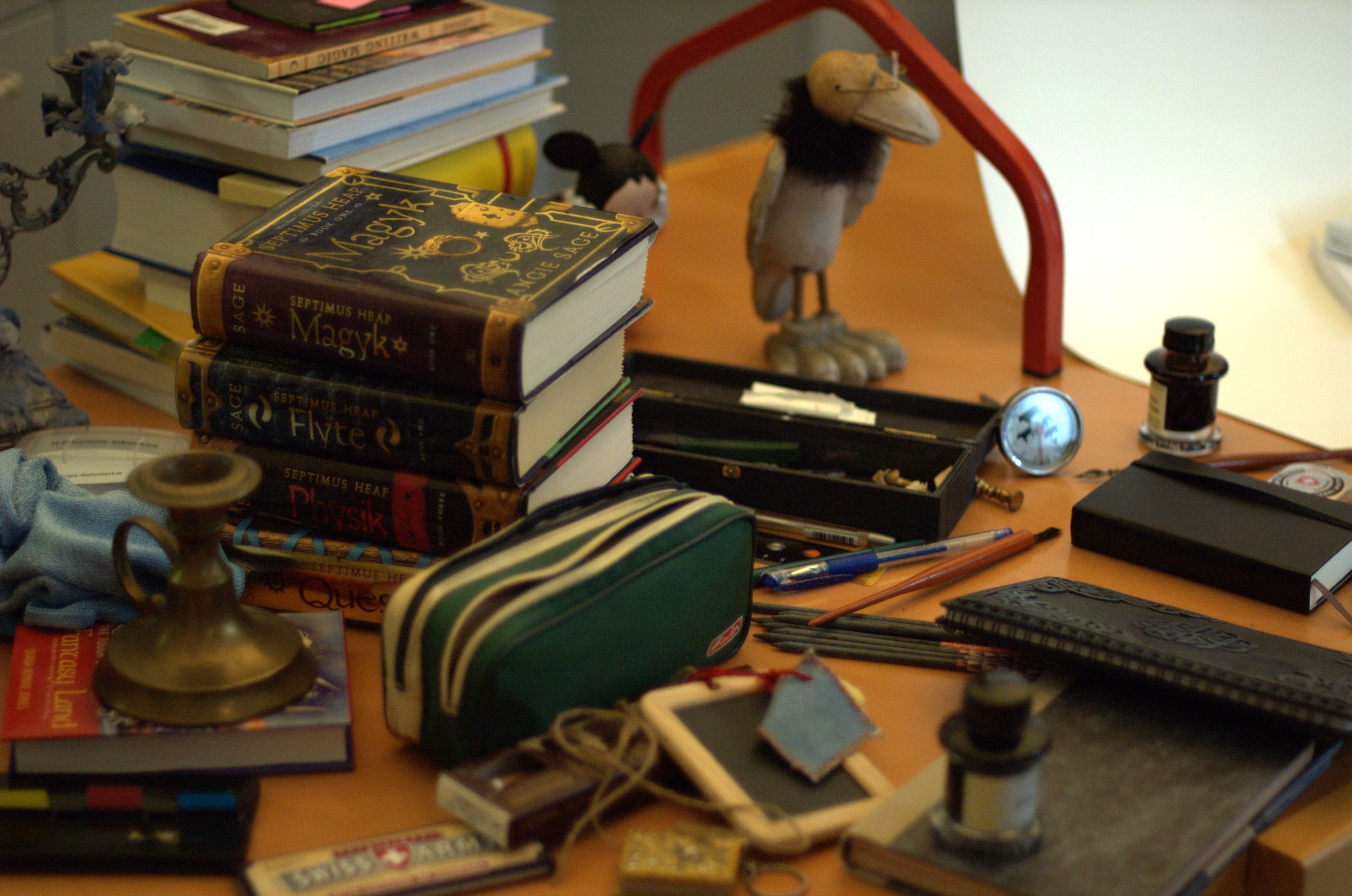 In the back of my head 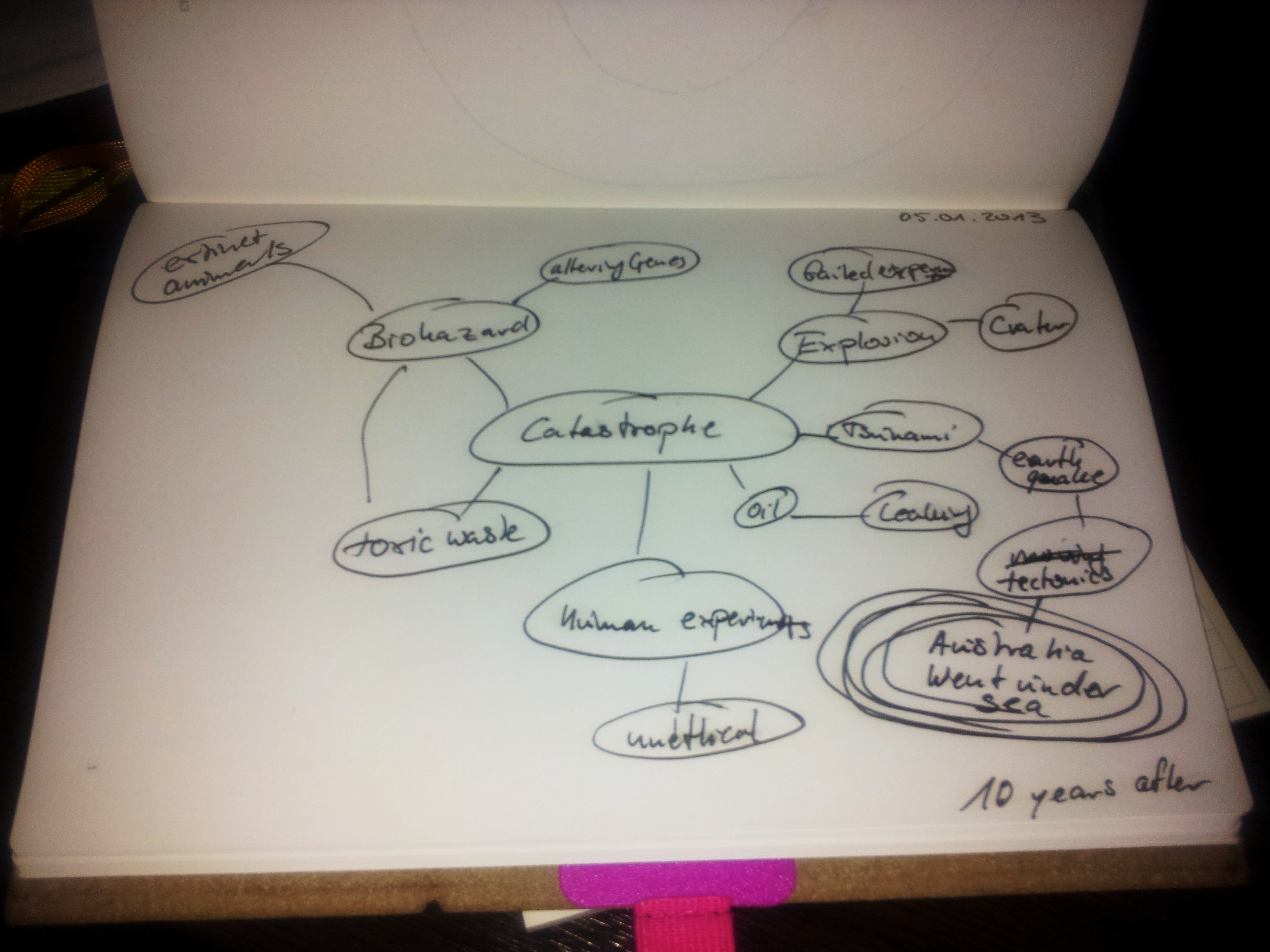 During the brainstorming session last sunday I worked out some ideas for the stories background, with the help of a fellow writer. […]